Waitress at the Orpheum is as good as cherry pie

Touring production is worth the time 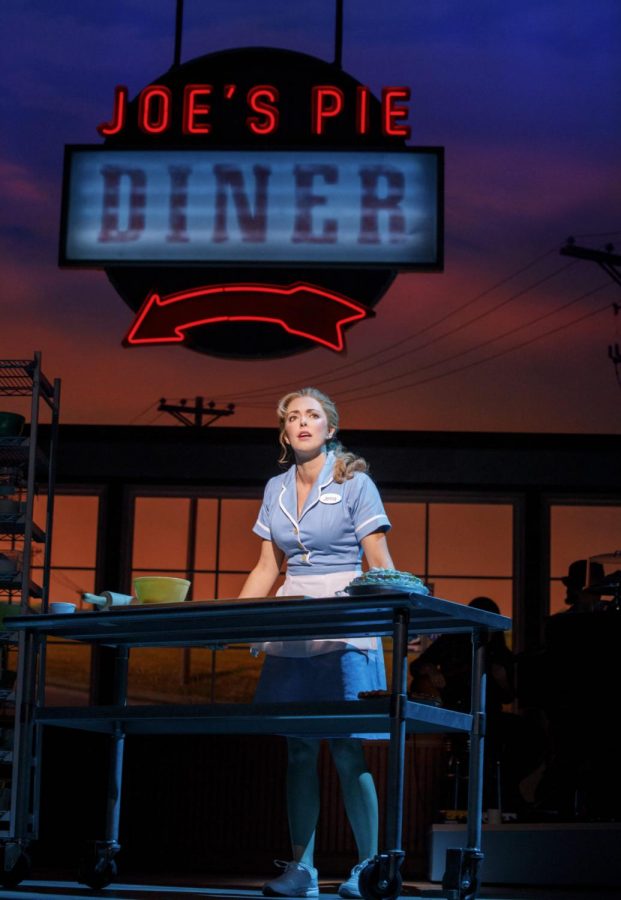 As I watched the characters of this show grow and develop more and more they became funnier and funnier with every song.  Waitress is the story of a waitress in a small town dreaming of a way to break out of her loveless marriage to create a better life for her pie that’s in the oven. Throughout the show I saw various background choices that I liked including the detail in making the background look as if it were in the middle of nowhere. One thing I always like to look at is the choice on what the design of the curtain the show brings along is, a cherry pie is a great choice for this one because it is simple but a classic at the same time.

The band in this show was unique because they placed them on a pedestal in the corner of the stage, this added a sense of hominess to the scene as the ensemble cast would interact with the band members. One character that stood out to me was Ogie, the character Jeremy Morse played hilariously. In one scene he does a cartwheel that’s only faintly seen behind the set as he leaves the stage, perfectly placed because if it was done in center stage there would have been too much going on to enjoy his song “Never Ever Getting Rid of Me”.

It was an energetic show with bright colors always on the stage. At the front of the stage on the left and right sides there are display stands that hold pies that transition smoothly from color to color. The background of the show is very detailed, realistic clouds, phone poles that go alongside the road leading to nowhere adds depth to the setting. Another good use of depth in this show is when we are taken inside Jenna’s (Desi Oakley) home and we see the small wooden wall that makes it look smaller inside. I also liked that the sky would change colors according to the time of day or the mood of the scene.

Waitress features original music and lyrics by nominee Sara Bareilles who is a woman whom i’ve been listening to for the past 5 years; to only find out she was apart of Waitress because I had seen it on a billboard on my way to see Finding Neverland. I can definitely see her style coming out in the music as I listen to it. It is very upbeat and fun to dance too. One thing that caught my attention was the fact that in the show Jenna didn’t have a baby bump until the end of the show right before she gave birth, in turn it gave the audience no approximation of how long her and Dr. Pomatter (Bryan Fenkart) were having an affair for.

Waitress is a very creative show with lots of hilarious moments with just a tad bit of confusion with the time frame. Overall I would definitely recommend this show to anyone who can relate with being a little nervous and a little scared of the idea of love cause this show will show you that anyone can find it.