Senior in the spotlight

Simon Luckow plans to pursue his passion for theatre in college 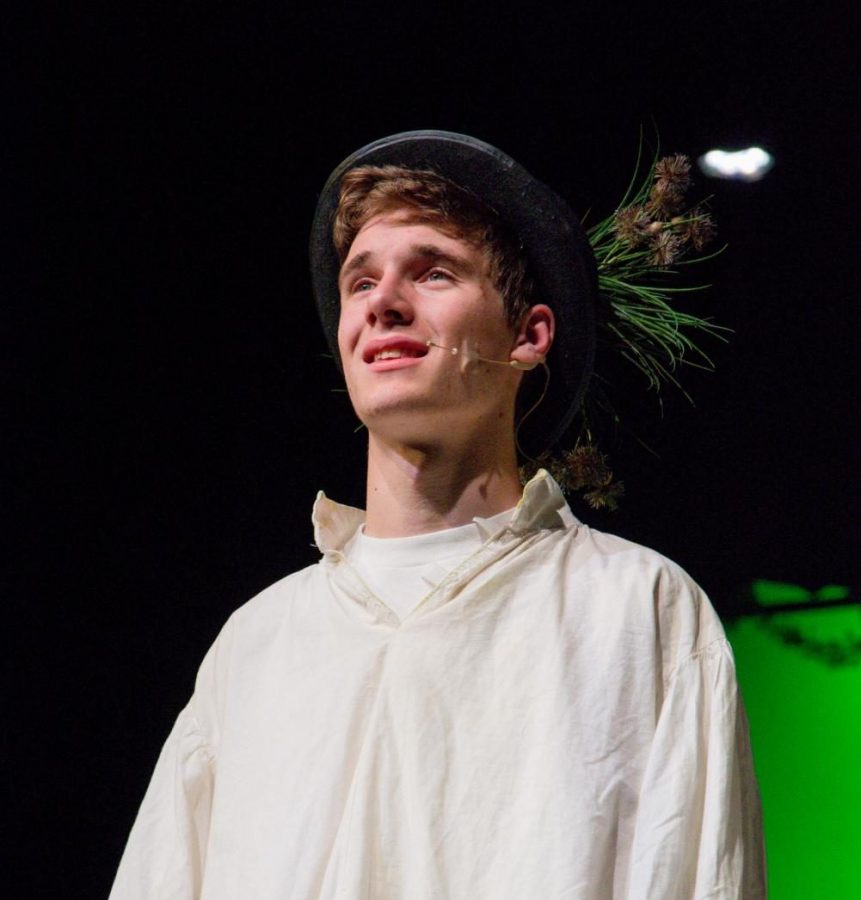 Simon Luckow performs as Peter in the fall production of Peter and the Starcatcher at SFHS Theatre.

When it comes to having natural talent, senior Simon Luckow is one who stands out. Luckow has been involved in the theater program since seventh grade, but it wasn’t always his dream to be an actor.
“I actually got into theater because of an accident,” said Luckow. “I used to be a pretty serious soccer player, but because of concussions and many injuries I had to quit.”

It was his mom who introduced him to the world of theater, by signing him and his siblings up for the summer theater program.

“I found something that I really liked, and once I started high school theater I realized how much I loved it,” said Luckow.

Luckow has gone on to be very successful in theater, as he has won many awards and is a constant leader on stage and behind the scenes.

“To me, Simon is the glue that holds the program together,” said castmate Chloe Wiitala. “He shines a positive light on every situation, which is what helps us keep going when things are rocky. We couldn’t do it without him.”

Luckow wasn’t always the star of the show. Freshman year he started as an understudy and a chorus member, but – when his overstudy dropped the show, he had the opportunity to make the role his own. Through hard work, and dedication during All Shook Up (the spring musical),  he went on to win an Outstanding Spotlight award from the Hennepin Theater Trust’s Spotlight Education program. Since then he has won five more awards.

Luckow’s director Glenn Morehouse Olson has been impressed with his growth.

“It’s always inspiring to see the lightbulb go off in someone’s head,” said Morehouse Olson. “Simon is one of those actors who really inhabits a character and continues to make new discoveries throughout the rehearsal process. He has also matured as both a performer and a leader.”

As a senior, Luckow is the president of the SFHS Thespians, as well as a State Officer for MN Thespians.

“The really cool thing about any activity that anyone is in,” he said, “we start out at the bottom and we get to look up at the people who come before us.”

Luckow credits his success to the great role models from his freshman year of theater.

“That year’s seniors were remarkable in every way,” he said. “Their talent was off the charts, but they were also just really good people. That’s really what it’s all about.”

He was inspired to rise to that level of performance.

Luckow plans on studying theatre at NDSU and has received a scholarship from the theatre department.

“I joined theater, and because of everything that has happened since,” he said.” I have found what I am meant to do.”