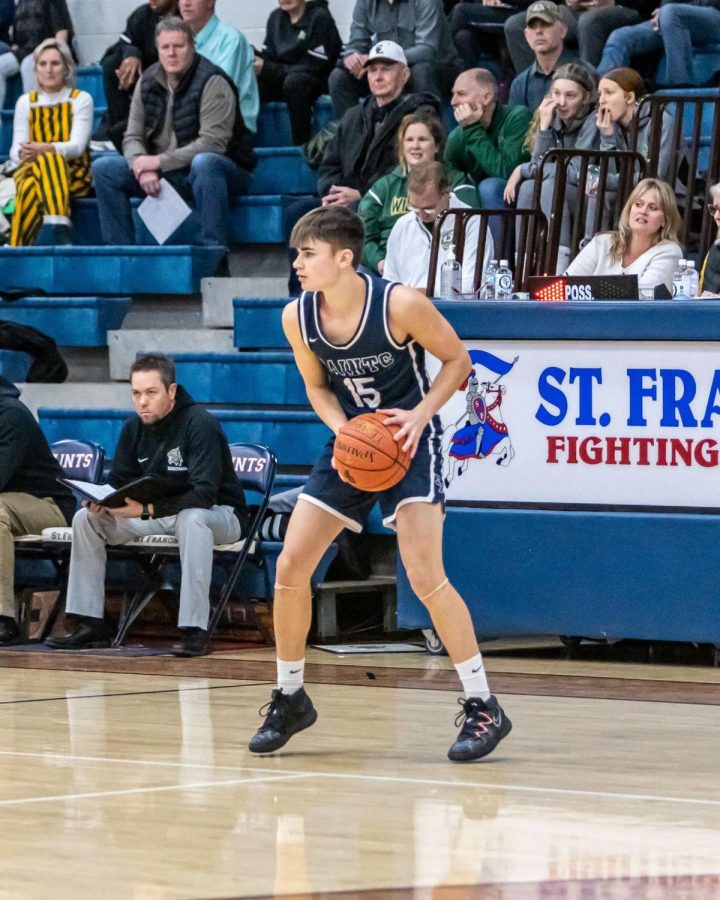 As Winter sports begin to start up, reporters went out and talked with the boys basketball team about their upcoming season.

The first question that was asked; “How do you think the season is going to go?”

“We got a couple kids hurt right now but when they get back, we will be back to full and should have a pretty good season,” said Junior Jaxon Skoquist.

Sophomore Evan Peterson said this basketball season should be decent, but there are still lots of improvements to be made.

Coach Schroeder, says “The freshman basketball season is going to go very well.  We have a lot of guys who came out this year. They try really hard and they get after it.  They’re good athletes and they’re pretty skilled. We are going to keep getting better, but I think we have a chance to be really good.”

Wes Johnson, who thinks the season will be decent, says “We have a young team so hopefully some guys will step up and play their role.”

JV Coach Norton says “I think we have a chance to be pretty successful.”

Reporters then asked what they are looking forward to.

Skogquist is looking forward to spending time with his teammates.

Coach Schroeder is excited to see the development made by the freshman team.

Evan Peterson was injured last year, so actually being able to play is what he is looking forward to.

“I’m also looking forward to just playing our games and having a fun season,” said Johnson.

Norton loves being in the gym and seeing the team improve.

Freshman Grady Brunn says he’s looking forward to playing basketball and bonding with his teammates on the bus rides to away games.

Then the coaches talked about why they choose to be a coach.

Norton said he has a passion for sports and athletics.  He played sports in high school a little bit in college, and his coaches taught him a lot.  He hopes to pass the messages he learned on to young athletes that want to compete.

Schroeder’s response was similar. “I played basketball, I went to school here.  I had Coach Norton and Coach Waterworth.  They helped me fall in love with the game of basketball.  I love basketball, I like helping kids, so it’s a good marriage.”

According to the boys basketball program, this season should be fun to watch.