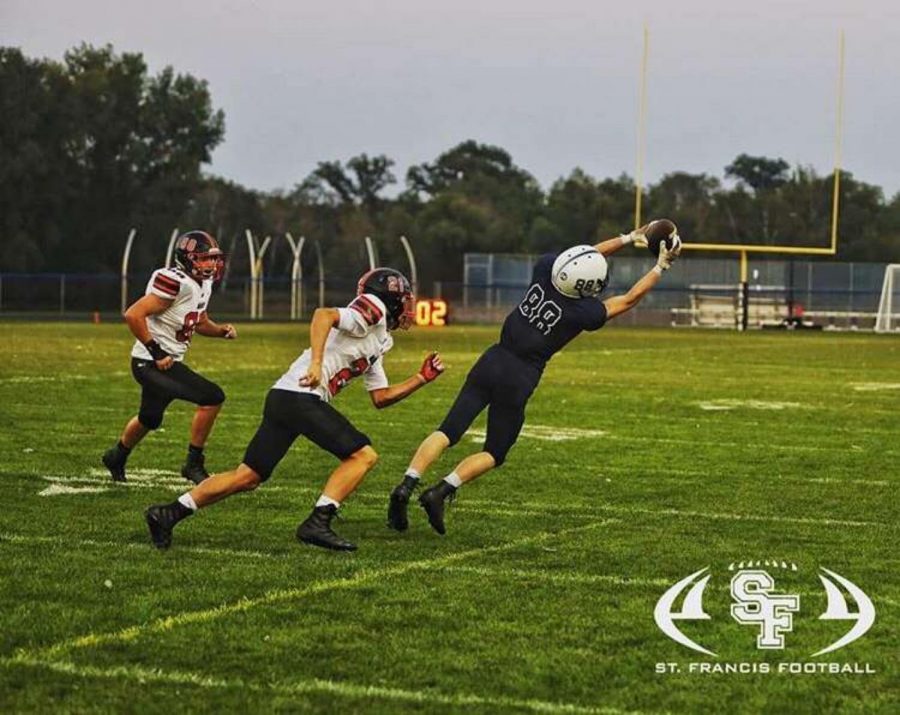 As the competitions started, junior Austin Walvatne’s High School football season was off to a great start.

Most people would look at his slight build and not expect him to be as fierce a competitor as he his. However, he is one of only three junior starters on the varsity football team and, as a wide receiver, is known for impressive catches as well as his explosiveness.

He is shifty and is good at making people miss in the open field. He has 27 receptions as well as a few touchdowns in there.

“Wally comes to practice everyday and works hard and it is shown on the field,” said Schroeder.

After a stunning beginning to his season, Walvatne hit a major roadblock. During the Monticello game, he was tackling an opponent during the Saints’ kick-off when he was injured. This injury has affected his ability to play in the last few games, but he is hoping to be back in the game for homecoming and to continue to heal so that he can come back full force for play offs.

Many are excited about what else he can accomplish as the season is still young. Austin has huge goals for himself as well as his football team.

“He leads by example day in and day out,” said Wyatt Schroeder, senior starting wide receiver, “and has had a great junior season.”