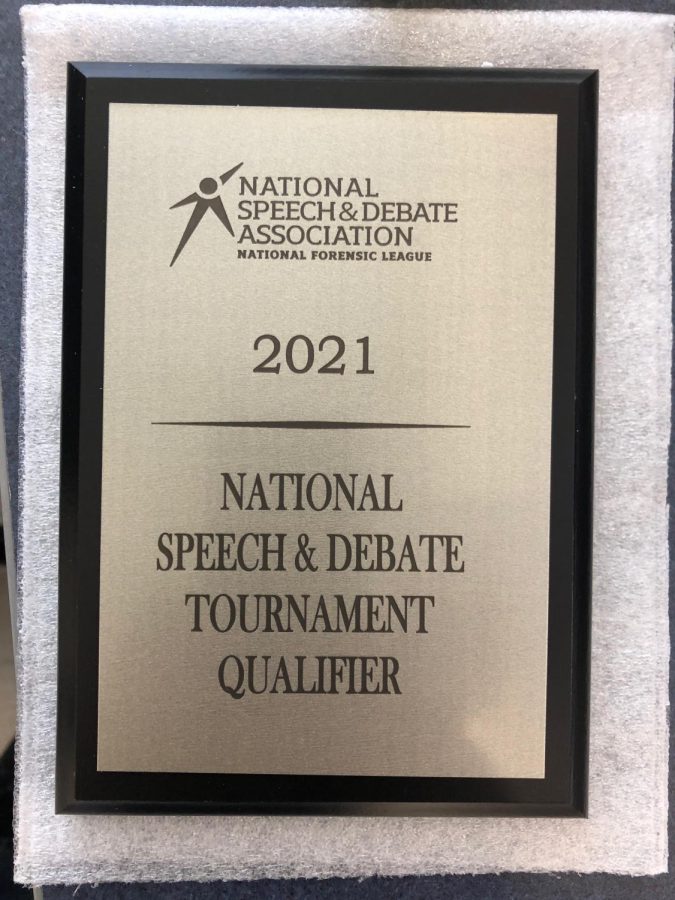 Since she was a freshman, senior Mercedes Hamilton has competed for the St. Francis High School debate team.

She joined debate because she always had a passion for arguing, and found it interesting to argue a topic where she had to consider both points of view. Lincoln Douglas style debate does just that, and this year, she earned a spot to represent SFHS  at the National Lincoln Douglas Debate Tournament this June.

“I personally am extremely excited that I made it to nationals,” said Hamilton.

Many people have helped Mercedes throughout her years of debate, but her biggest influencers is her coach Mark Thul.

“I’m very proud of her qualifying for nationals,” said Thul. “I believe that two years ago, she wouldn’t have believed this was possible. As she started working hard and seeing success, it fueled her to work even harder to accomplish this goal. Her perseverance and commitment are what got her there.”

She competed virtually and took second place in section five on January 9, 2021.

“I had been going to the National qualifying tournaments since I was a freshman, so it was my fourth year debating,” said Hamilton, “and to finally place second at that and make it to Nationals was a really huge accomplishment for me,”

Thul has seen her grow more confident over the years.

“Mercedes has developed a deeper understanding of the philosophies that are the cornerstone of our debates,” said Thul. “She used to confine herself to discussing Human Dignity, but she has branched out into different theories of Justice, Utilitarianism, the Social Contract, and many other areas.”

Hamilton credits Thul with helping her reach her goals.

“Mr. Thul has been my coach for the past three years,” she said. “He has had a huge impact on how I debate and my life itself. He’s a really big role model, and I know he’s always there if I have a question, or just need a little reassurance about something.”

She competed with a five one record, and lost first place on a tie breaker at qualifiers. Although the National competition will be difficult, Thul says there is also an element of luck involved.

“Since it’s so large, the preliminary rounds are all randomly paired, which means your schedule can just randomly place you against the very best right away,” he said. “In those cases, it’s very hard to accumulate enough wins to keep going. Regardless, I know Mercedes will be prepared and make us proud with her representation of our school.”